No one is born with a fear of flying, therefore the fear is ‘learned behaviour’ and often as a result of a bad experience, copying a parent or even from a film. In essence, you have created a behavioural reference relating to what is, in reality, the third safest mode of transport after escalators and lifts.
Although you may not completely cure your own fear, by reading this, you should be able to travel more comfortably.
1.    Imagine your first or worst flying memory as a movie. Watch it from start to finish and notice how it feels. Then run the movie backwards, finish to start, as fast as possible, and do this repeatedly, each time faster than the last. After you’ve done this several times, when you look back at the memory you will notice your feelings about it have changed. This should lessen your fear. However, if you are still a little uncomfortable, then repeat the process.
2.    Tell everyone about the anxiety you are feeling. That includes the check-in staff, air stewards and fellow passengers so that you have support and don’t have to worry about what others may think if you’re a little jittery.
3.    If turbulence troubles you, remind yourself that the pockets of air are just like bumps on a road that you encounter every day if you drive. You may also benefit from sitting as far towards the front of the plane as possible, as the effects of any turbulence will be felt less here. You will also feel more secure knowing that’s you are seated closer to the cockpit and the captain.
4.    When you’re anxious, you’ll notice your breathing quickens, so take control of your breathing. Breathe in slowly through your nose, allowing your tummy to expand, and then slowly exhale through your mouth.
5.    Avoid caffeine before and during flying, as it is a stimulant, and so could make you feel even more anxious. Instead, listen to calm, peaceful music with your eyes closed. This will help to soothe your nerves and blot out the engine sounds that remind you that you are on a plane.
6.    Finally, keep yourself distracted! Instead of concentrating on the flight, turn your thoughts and think about your destination. It’s a good idea to be armed with brochures and pictures so that you can immerse yourself in the fab holiday that lies ahead.

1.    All pilots have their commercial flying license before they are hired by an airline. They are at least 21 years of age, probably have a college education (most likely an advanced degree), are in excellent health, have perfect 20/20 vision, and have accumulated more than 3,000 hours of flight time.
2.    Pilots are professionals. Pilots strive to give you (the passenger) the smoothest flight possible with little or no turbulence, as that’s how they know they are doing a good job.
3.    Before Airlines hire a pilot, the pilot must go through rigorous psychological tests to ensure he/she is a conservative person who is detailed, oriented and takes little or no risks in life.
4.    Aeroplanes can fly safely to their destination even if one engine fails.
5.    If all engines were to stop at cruising height (35,000 feet), an aircraft can glide for 30 minutes before it lands on the ground, with the ability to glide 120 miles as all the controls work as if the engines were still going.
6.    No flying bird can stop a jet engine. During the testing phase of jet engines, testers throw whole chickens through the jet engines to ensure they maintain full functionality.
7.    Aeroplanes are built on the highest safety bidders. NASA Astronauts fly to space on a spacecraft that is built with the equipment from the lowest price bidders, whilst pilots and passengers fly on aircraft that are built with equipment from the bidders with the highest level of safety.
8.    Due to the rigorous maintenance of aircraft, a typical commercial aircraft will be completely overhauled every 4 or 5 years through repairs and maintenance.
9.    Every commercial aeroplane system is built with a primary, auxiliary, backup, and emergency system (four systems) to ensure the safety of passengers.
10.    Most planes can land in 0/0 visibility (heavy fog) because pilots are trained to do so, most runways are equipped with an electronic glide slope, and planes are equipped with low-visibility landing equipment. Our modern electronics and computers, therefore, make 0/0 visibility landings possible.
11.    Ice is safe because of modern ‘deicing’ practices, with new warm water and glycol de-icing fluid being used as of 1993.
12.    As a backup to the air traffic control system, every commercial aeroplane has a traffic and collision avoidance system (TCAS) to monitor and avoid aeroplanes in the vicinity of the aircraft.
13.    A weather radar is aboard every commercial aeroplane, and the pilots are trained on how to interpret the radar, so they can avoid thunderstorms and other potentially dangerous weather conditions.
14.    Lightning may strike an aircraft, but because the aircraft is not connected to the ground, the lightning simply ‘passes through’ the aircraft leaving the passengers and aircraft completely safe.
15. Aircraft can survive the strongest air turbulence, even that of thunderstorms. Hurricane hunters chase and fly through hurricanes, and the aircraft stays completely intact.
16. Aircraft can fly through thunderstorms, but never do. Commercial aircraft are designed to fly right through thunderstorms, yet of course, this never happens because it is illegal for the pilots to do so, so instead, they fly as far around them as possible and are only allowed to come 20 miles from the core of the storm.
17. Aircraft legally must have enough fuel on board to go to their destination, make a missed approach to land, fly to their most distant alternate landing, hold for 30 minutes and land with 10% of their en-route fuel still in their tanks.
18.    A ‘near miss’ is categorised as aircraft that come within 1000 feet of each other.
19.    All luggage is x-rayed, and most international airports also perform a full search of your luggage.
20.    Almost every commercial airline airport is equipped with the latest CAT (x-ray) scanner and sophisticated image processing software to automatically screen checked baggage for explosives.
21.    If an x-rayed item is suspicious the security attendant quickly swipes a cloth over the device and places the cloth on the ‘chemical sniffer’ which analyses it for any trace residue of the types of chemicals used to make bombs.
22.    Most commercial airline airports have doubled and tripled their security measures preventing people to enter their premises with better fences and security patrols.
23.    Post 9/11, the airline pilots are locked into the cockpit and cannot open the door for anyone. 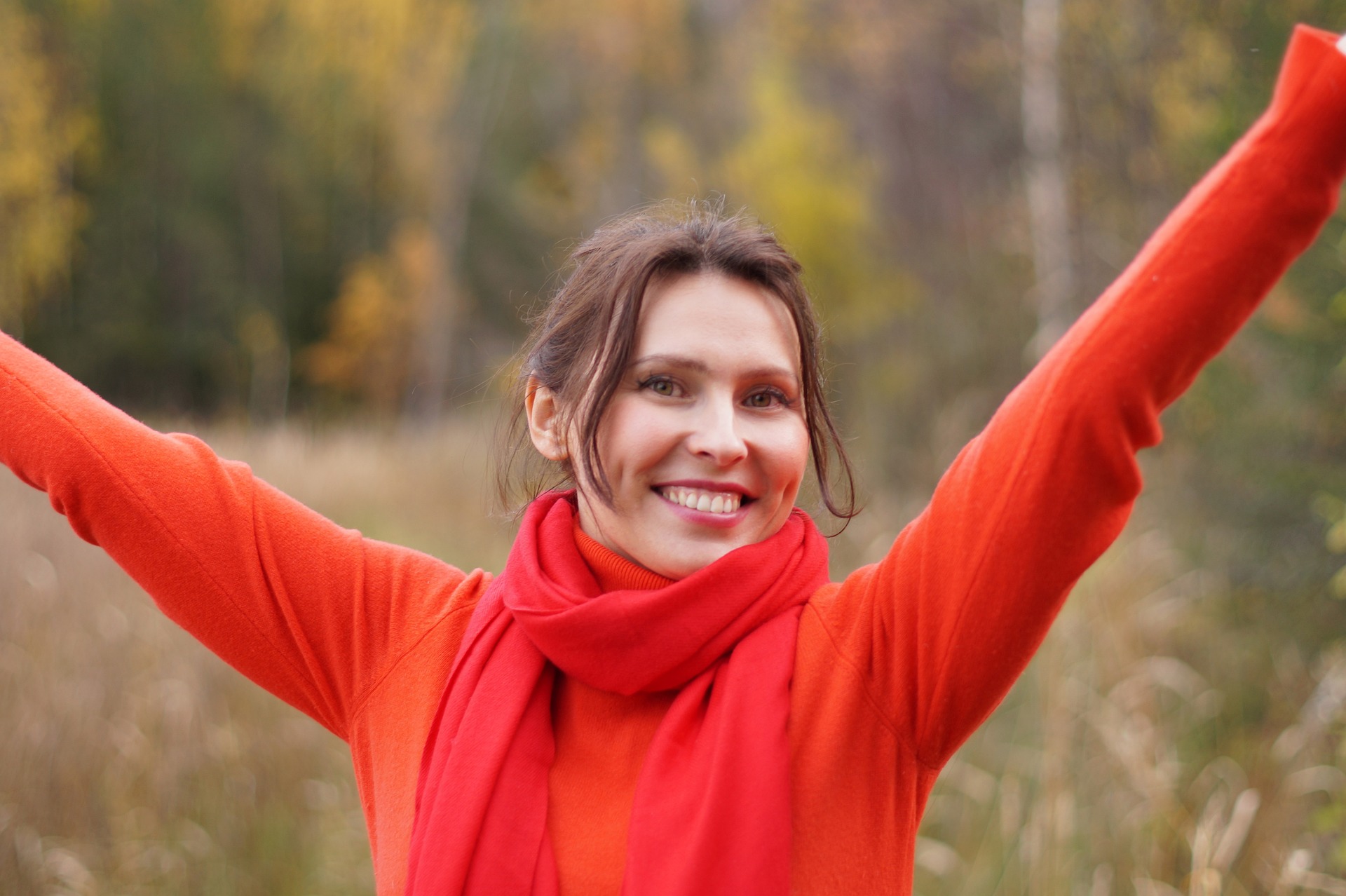 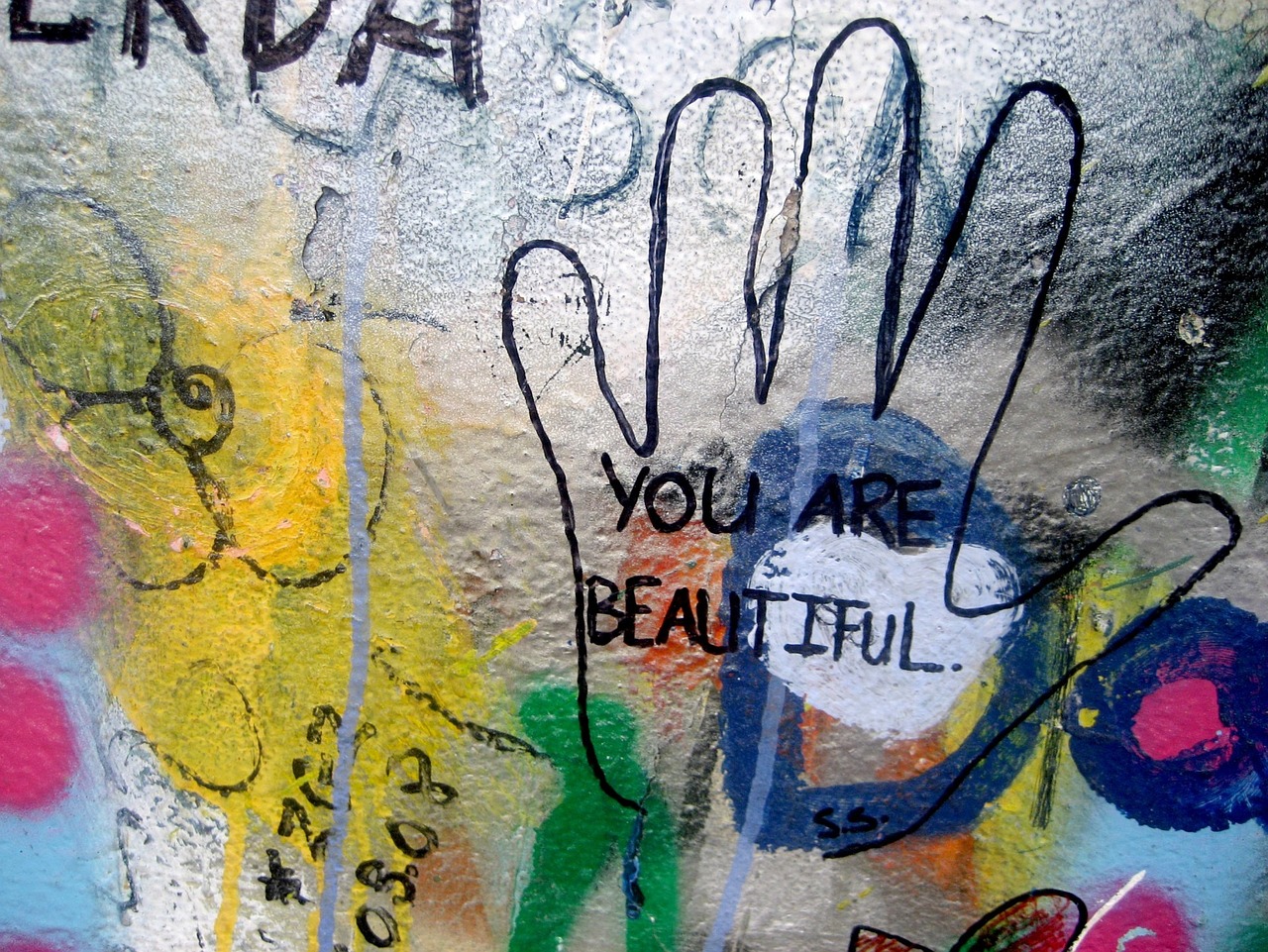 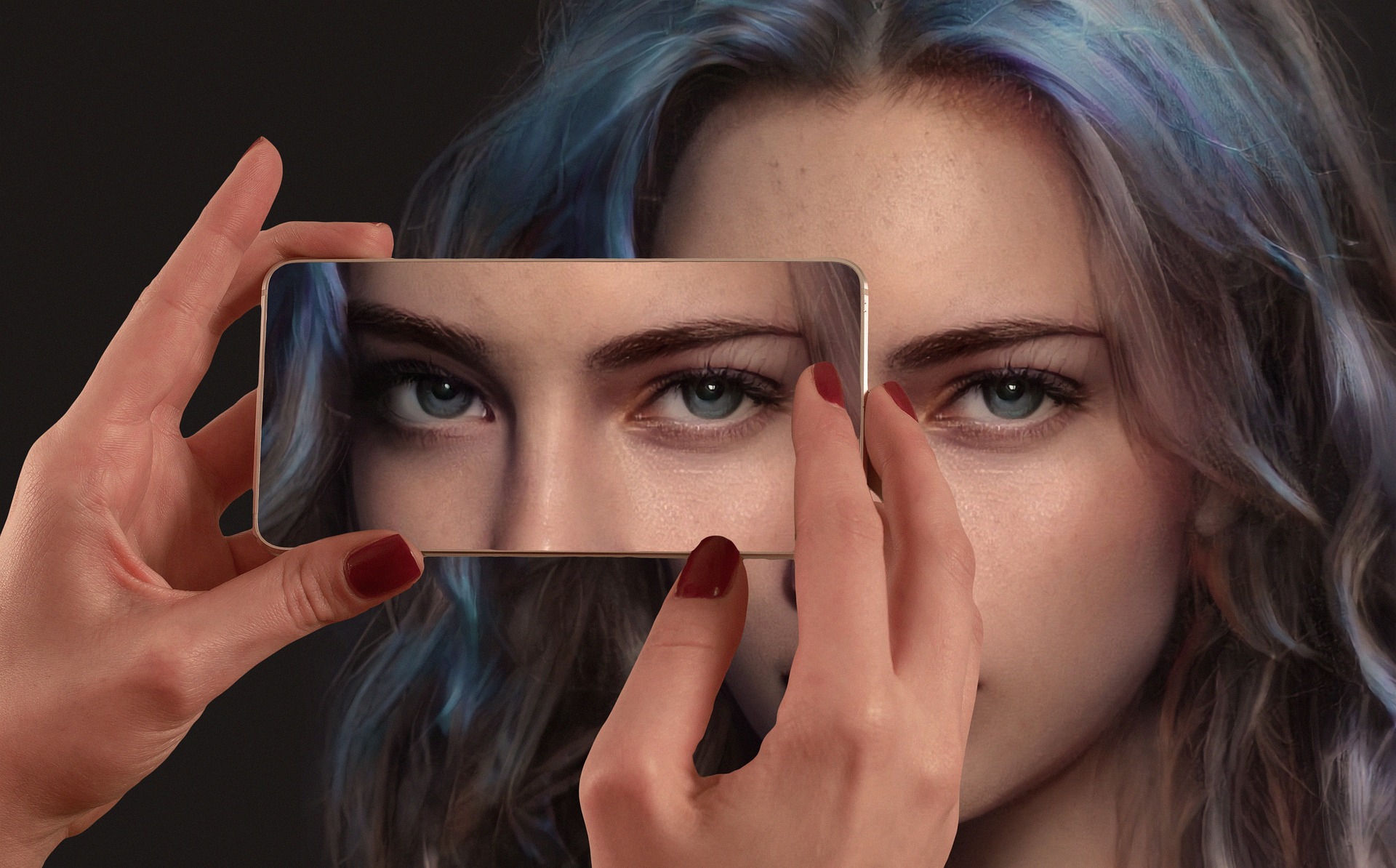 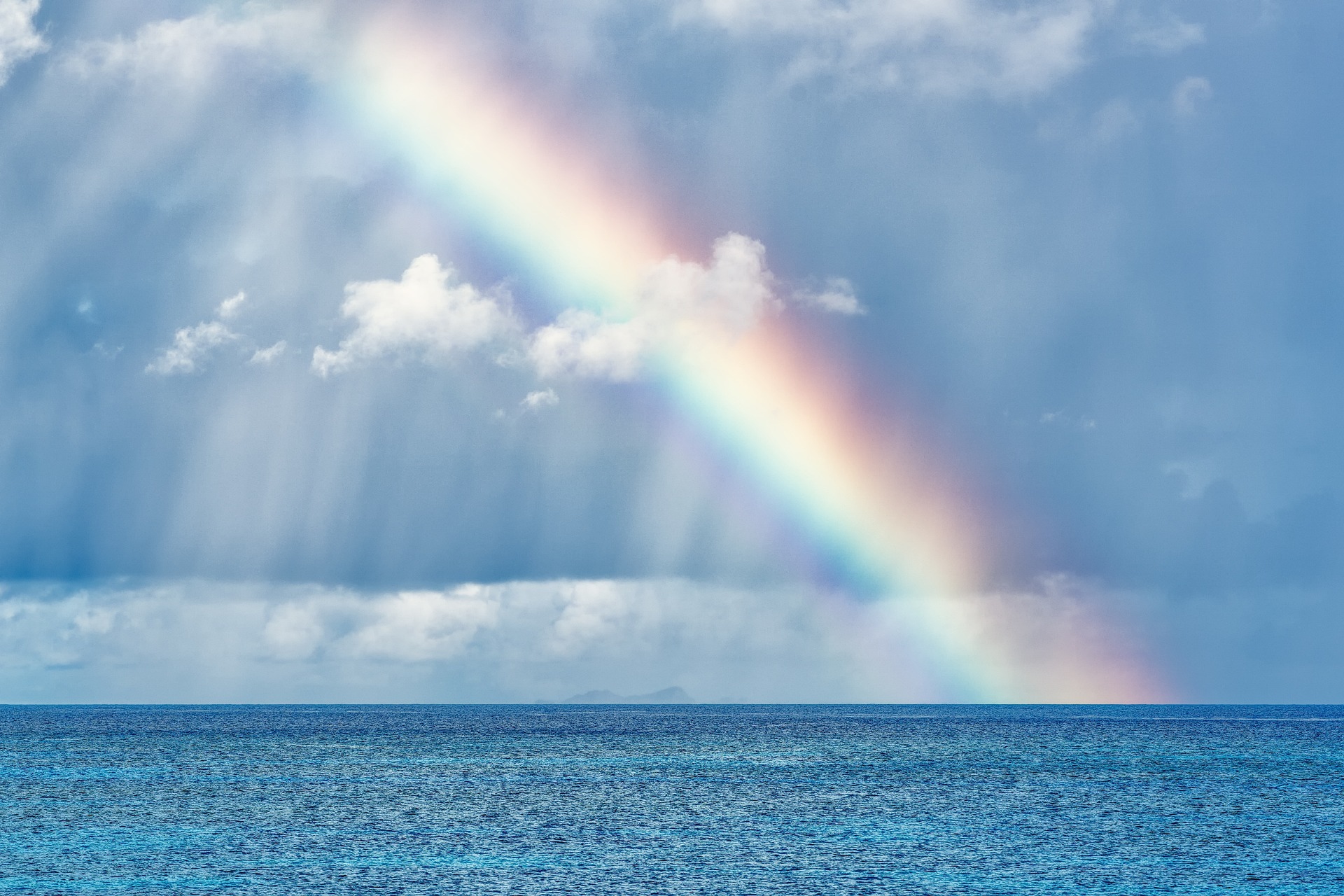