Trauma Research UK have a rich and diverse board of trustees who are responsible for the overall control and strategic direction of the charity. Our trustees work on a voluntary basis, bringing a variety of  different skills and life experiences on board.

Having been impassioned by the lack of effective treatments within the world of mental health and having observed the disproportionate focus on funding in research, Hunter was driven to make a difference.

Being involved with the sphere of mental health for much of his life, through working at mental health workshops and with mental health charities, Hunter is tirelessly passionate to provide help and support for those struggling with anxiety disorders.

Having successfully established educational and mental health support systems in schools for younger pupils allowing them to comfortably receive additional support, he became compelled to help those who had lost hope and believed they could not get better.

He is currently studying A-levels in Biology, Chemistry, Geography and Politics before heading to USA in 2023 to study medicine.

Matthew is a Licensed Conveyancer Property Lawyer and commissioner for Oaths.

He runs his own successful Property Law Legal practice and has done for over 30 years operating two sites in the northwest employing consultant Solicitors together with assistants and support staff.

During his career he has required to make many adjustments and adaptations to the practice to accommodate the continuous changes in the world of business and commerce to ensure the continued success of this business.

He is familiar with the essential requirements for creating, growing, and sustaining a successful business and he is in an ideal position to provide the benefit of this knowledge and experience to this Trauma Research UK.

Nik has studied human behaviour and psychology for four decades. He is driven by an uncontainable passion to offer hope and help people lead happier and less inhibited lives. His conspicuous ability to help people overcome lifelong traumas coupled with his indefatigability to help as many people as possible led him to create and co-create three ground-breaking therapies. Schema Conditioning Psychotherapy®, Visual Schema Displacement Therapy® and Visual Schema Detachment & Restructuring.

The creation of these therapies, resulted in training psychology professors, doctors and masters students at Universities in Amsterdam and Utrecht. In 2015, this training produced two sets of scientific studies conducted into the workings of Visual Schema Displacement Therapy®; the studies were published in the Journal of Behaviour Therapy and Experimental Psychiatry in June 2019 and highlighted the remarkable efficacy of the therapy compared to the World Health Organisation go to therapy for trauma EMDR. A further third study was published in April 2021 the European Journal of Psychotraumatology and once more indicated Visual Schema Displacement Therapy® to be superior to EMDR. A fourth clinical study with hospital patients has been underway throughout 2022 and will be completed by the Spring 2023.

Nik and his wife Eva are resident therapists for over a decade on ITV’s multi award-winning, ‘This Morning’. As well as members of the public they have also treated many high-profile clients and ‘A’ list clients around the world, having had prodigious successes.

Nik’s steadfast mission is to spotlight the importance of hope and to elucidate there is always hope and therefore improving ones’ quality of life is entirely possible.

At the age of 20 Russ joined the police force, quickly finding himself in a large-scale disorder between two rival drug gangs, determined on killing whoever stood in their way. Russ naively believed his uniform would protect him, and gallantly chased a suspect who when stopped thrust a broken bottle into Russ’s unprotected neck, plunging the broken glass into his jugular. This was only 5 weeks into his almost 9-year service.

On another occasion Russ intervened between a man who was attacking his wife. Producing his police badge, the man released his wife, head-butted Russ splitting his nose. Russ then felt a blow to the back of his head as  the man’s wife attacked him.

Hundreds of similar incidents followed including Russ suffering devastating injuries after an attack 2011.

Russ was diagnosed with CPTSD with numerous psychiatrists and therapists stating he could NOT be cured. With symptoms of nightmares, flashbacks, anxiety, depression, insomnia, hypervigilance, negative thoughts and no hope of cure by professionals, Russ contemplated ending his life. His sister in desperation contacted ITV for help from Eva & Nik Speakman, co-founder & trustee of Trauma Research UK.

“In the first conversation I had with Nik,  I was given hope”. Russ stated as his journey of recovery began with the help of The Speakmans. Cognitive restructuring changed his perspective to the attacks and emotional ties were severed . Russ is now married with two children, He is happy and living a life completely CPTSD free.

Knowing that Trauma Research UK is dedicated to identifying new therapies for trauma and anxiety-related disorders as well as offering support to those suffering, has made Russ eager to be involved and help.

I lived with OCD, panic attacks and out of context anxiety for many years growing up. My path to recovery was long and far from easy, but I did it. I absolutely love my role as operations manager here at Trauma Research UK.

Working closely with our fantastic team of volunteers is inspirational in every way. I am passionate about reaching out to as many people as possible that might need our support.

Our volunteers are equipped with a wealth of skills and experience and have a strong commitment to the organisation.

Each and everyone of them has experienced, and more importantly, overcome mental health issues themselves to one extent or another which makes their dedicated compassion invaluable. 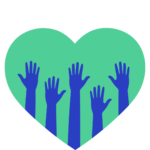 "My world is a mirror. What I put out will reflect back at me. Therefore, I put out gratitude, kindness love & hope."

I joined the Trauma Research UK team because their programme is what facilitated my personal recovery. I am passionate about the charity’s mission and message:

It’s not what’s wrong with you, it’s what happened to you.

Nothing makes me happier than now being able to pass on all that I have learnt to others, helping them also beat their  challenges. I also love supporting the amazing team of volunteers in any way I can.

I count it as an absolute privilege to volunteer and mentor for Trauma Research UK alongside such a great group of team players. I know there is always hope, always a solution and it’s never too late to change any situation around. I am here to help those who take the brave step to face their fears and anxieties. I do my utmost best to point them in the right direction of fulfilling their hopes and dreams. It’s really is never too late and there is always hope!

I suffered with Post-Traumatic Stress Disorder, health anxiety and phobia of death for many years so understand fully what it is like to battle with anxiety on a daily basis. I am now free from the symptoms that plagued my life and can honestly say, am living my best life. To show my gratitude to Trauma Research UK for all they do, I now volunteer within the charity as a mentor to help others who may be facing similar issues that I did.

I trained to become a mentor for Trauma Research UK after their techniques enabled me to completely overcome Emetophobia. Using the same methods, I have been able to address and work through various other traumas such as anxiety, panic, insomnia and depression. Poor mental health affected me for most of my life but having benefited so much from Trauma Research UK, I am now helping others to overcome traumas and live a happier life.

I discovered Trauma Research UK through The Speakman’s workshop. I have attended a few more since but that 1st workshop was so uplifting and felt different to any organised therapy I had in the past, yet so much more influential. It was so positive and hopeful, as well as practical and has changed everything for me so when I was offered the opportunity to mentor for Trauma Research UK as a result, it was a no-brainer. The idea that in some small way I can pass on what I have learned and help people with their challenges is something I feel very privileged to be able to do.

Being part of the Trauma Research U.K. team is such a wonderful opportunity that I’m really proud of. My journey to overcome Post-Traumatic Stress Disorder, panic attacks and different anxiety issues has become possible through the teachings of the Speakmans. Understanding that you need to work on the cause rather than the symptoms just makes complete sense. Now I am excited to be able to pass these tools, techniques and hope along to others through the mentoring programmes.

After struggling with so many varying conditions over my adult life, I felt there was no hope that I would ever get better. With the tools and techniques provided by Trauma Research UK I recovered and am now completely free of medication. I am working again and a great mum and wife, something that I never dreamt possible for so long.
Now I want to help others to overcome their traumas and live the lives they also deserve.

Hi I’m Emma and I am a mentor at Trauma Research UK. I suffered from emetophobia for many years but after completing the recovery programme through TRUK I have been cured. This has enabled me to live my life to the full without daily anxieties relating to vomit! I now love giving to others all the help and support I received and help them with their struggles. I feel extremely grateful for the techniques shared by the speakmans and overjoyed that I can pass these on to others through the charity.

How do I conquer a phobia?

The most effective way to overcome a phobia is by gradually and repeatedly exposing yourself to what you fear in a safe and controlled way. This is not always easy alone, but one hundred percent possible. FIND OUT MORE

How do I stop a panic attack?

Panic attacks can seem to emerge from nowhere and be extremely frightening, but they can be overcome. FIND OUT MORE

Absolutely. Social anxiety is usually a learned behaviour, often formed in childhood. Locating the origin of your belief is key. FIND OUT MORE

Here are the answers to more questions you may have.