Anxiety can manifest itself in many different ways. One such manifestation is obsessive-compulsive disorder. OCD is an anxiety-related condition that manifests as an overwhelming need to perform a certain behaviour, which the sufferer feels has to be done to avoid grave consequences.

Obsessions are intrusive and unwanted thoughts, urges or images that cause distress or anxiety, while compulsions are behaviours that ‘must’ be performed to ease the obsessions, so as to reduce or temporarily ease the distress or anxiety they cause. This creates a loop that can be difficult for the sufferer to interrupt and stop.

OCD is a symptom of a life event, and the cause is a thought or belief – often from childhood or adolescence – based on protection, control, coping, superstition or fear.

Essentially, OCD’s are created from a ‘what if’ scenario. In essence, OCD is orientated around the feeling of having to do something to prevent something going wrong, and may have been created because one day something did go wrong. If an OCD is created in adulthood, it is usually triggered by an occasion when you were given responsibility for something, and then something went wrong. In that moment of trauma, you felt that perhaps you were to blame, or you simply felt bad that it occurred, and so preventative rituals such as checking were formed. Most OCDs start in childhood or adolescence through feelings of  helplessness or lack of control. In response rituals are created based on superstitious beliefs such as ‘If I do this, I’ll get good luck.’ This can stem from a child’s imagination, a suggestion from a friend, or luck appearing to be the only hope in a traumatic situation.

All OCD behaviours, no matter how exhausting to the suffer, are originally triggered by a positive intent such as seeking luck, control or a coping mechanism, or lessening anxiety. However, all OCDs can be overcome if you challenge and amend the thought process that supports your obsessive compulsive disorder. 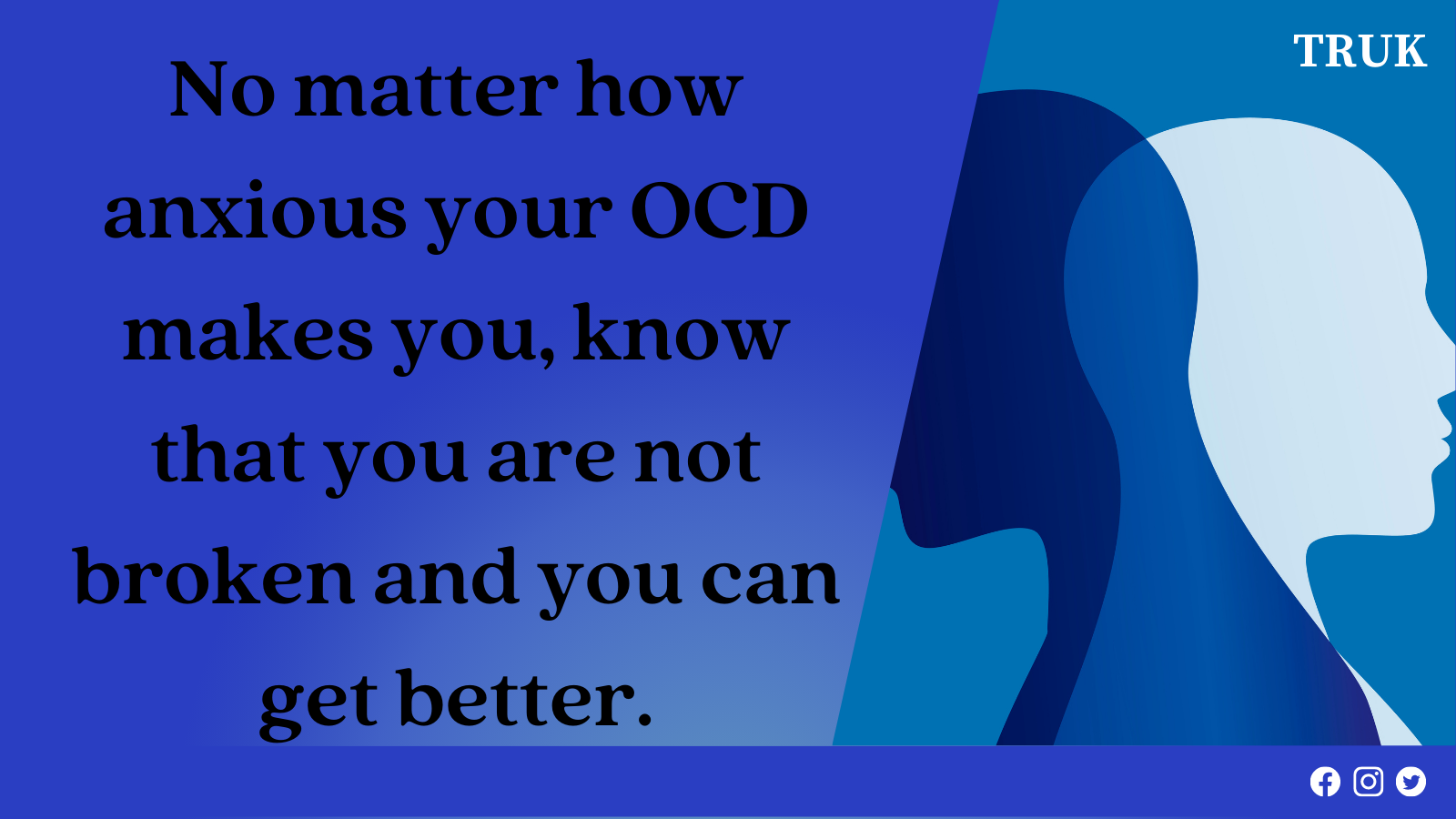 As much as you may no longer wish to sustain your compulsive behaviours, you might see them as something that provides you with relief and control. Allowing any element of positivity about your OCD to remain, can block your road to recovery, so it is paramount to change your perspective on your OCD, and counteract any positive arguments you might put forward in trying to make an unacceptable behaviour acceptable.

Recognise that the behaviour you believed gave you control in the past, actually controls you today and in the future. See your OCD for what it is: an abusive partner. It holds you back, it stops you from doing things, it inhibits your freedom, and it makes your family and friends sad to see you controlled by it.

Identifying the origin of your OCD is an effective way to address your compulsions and rituals, particularly if you challenge the starting point and question whether the reason for your OCD behaviour still applies. You might like to use our timeline to help you do this.

You may know that you no longer want the OCD behaviour, but fear letting it go.

Firstly, ask yourself why the world is not a happier place, if superstitions are true. Lucky charms do not create world peace, and superstitions tend to lead to anything but happiness. OCD causes distress and anxiety.

Next, make a pros and cons list, reviewing the evidence for your OCD. Now challenge the need for your OCD behaviour following these key points:

When we take on OCD behaviours, we often lose the concept of normality, and no longer know what is or isn’t a normal behaviour. For example, how often is it normal to wash your hands? Do not be afraid to ask a loved one for support and guidance at this time.

Living with Obsessive-Compulsive Disorder can be extremely challenging, however, you are not alone. Here at Trauma Research UK, our belief is, ‘it’s not what’s wrong with you, it’s what happened to you’. With this philosophy, we believe that everyone can successfully overcome their mental health issues if given the right help and support. Read more…

At Trauma Research UK, we believe that all OCD's can be overcome