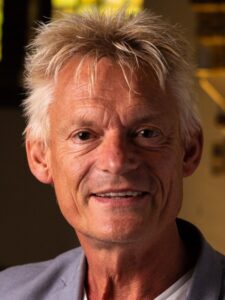 In 2015 Ad de Jongh was involved in the establishment of the Psychotrauma Expertise Center (PSYTREC), a mental health institution in Bilthoven that uses a short, and highly intensive treatment program for Complex PTSD, where he is head of the research department. He is approved trainer for the EMDR Europe association, an expert in the treatment of anxiety disorders, and involved in research on the efficacy of evidence-based, trauma-focused treatments for a wide variety of patient groups, such as traumatized children, people with intellectual disabilities and other complex psychiatric conditions, including psychosis.

He has (co-)authored more than 400 scientific articles/book chapters and 6 books on his areas of expertise. 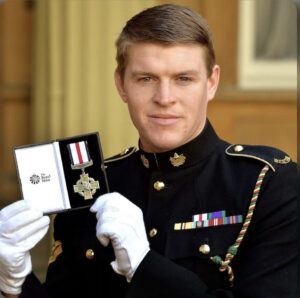 Josh Griffiths joined the army aged 17 in 2006 and completed tours in Afghanistan, Iraq and Northern Ireland before he was deployed with Mercian Regiment to Afghanistan as part of Operation Herrick 17 in October 2012.

Corporal Griffiths was awarded a prestigious Conspicuous Gallantry Cross and received a letter of gratitude from HRH Prince Charles who praised his ‘truly exceptional courage and selfless commitment to protect his comrades’. He said, “To say that I am full of admiration for your truly exceptional courage, initiative and endurance, not to mention your selfless commitment to protect your comrades, is a serious understatement.”

His Conspicuous Gallantry Cross was awarded for an act of outstanding bravery in counter-attacking enemy insurgents who had broken through into their barracks when in Afghanistan in 2013. This led to the enemy’s defeat and withdrawal from action, despite Corporal Griffiths being severely wounded throughout with a broken back and grenade fragments embedded millimetres from his left eye. Immediately afterwards, he was hospitalised back in the UK with his injuries.

Whilst making a full recovery from his injuries Cpl Griffiths suffered with complex PTSD as a result of the barracks attack, and numerous other deeply disturbing incidents during his tours of Afghanistan.

Seeking help for his CPTSD from both the Op Courage Veterans Mental Health Team and the Departments of Community Mental Health Team within the Donnington military base, he was told that there was no way to cure PTSD or CPTSD and he would have to manage CPTSD and its’ symptoms indefinitely.  Having been told categorically there was no cure resulted in Josh losing all hope of a ‘normal’ life and feeling abandoned.

PTSDS and CPTSD can be cured, and fortunately Josh found that cure. He can now confidently look forward to his future with his family. He can take his little girl for a walk without thinking he is going to get shot from behind, he can sleep next to his fiancé without worrying he will hurt her in his previously disturbed sleep, he can play football with his friends and go to the supermarket without risk assessing every small detail.

He now has a normal happy life with no limits. After what he had been told by so many psychologists and psychiatrists on so many occasions he didn’t believe his CPTSD was curable. Now he is cured he simply can not wait to help others with PTSD and CPTSD to learn that they also can be cured no matter how lost, or beyond help they may feel. 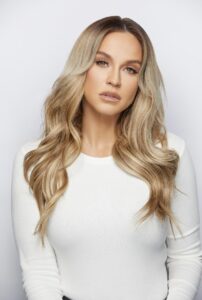 Vicky Pattison is one of Britain’s most popular reality TV stars. She is a genuine Geordie Girl, born and bred and a Sunday Times #1 Best Selling author with her autobiography ‘Nothing But The Truth’ and more recently her book ‘The Secret To Happy’.

Vicky won the nation’s hearts, and was crowned Queen of the Jungle in I’m a Celebrity… Get Me Out of Here, and then went on to appear, present and participate in a number of popular television shows including Loose Women, This Morning, Celebrity MasterChef, Celebrity Hunted, Celebrity Coach Trip, Celebrity SAS, Who Dares Wins and Saturday Night Takeaway.

More recently, Vicky has delighted many of her huge following of fans by introducing her own weight loss program and a clothing range to her never-ending list of achievements.

However, life hasn’t always been plain sailing for Vicky who has had her fair share of battles. Vicky is a trusted voice on social media, where she shares personal and powerful messages about self-acceptance, compassion and self-love after having come through numerous challenges including heartbreak, weight issues, low self-esteem and anxiety, before completely turning her life around to be the nation’s favourite Geordie we all love to love.

Vicky uses the saying “The valley will teach you lessons the mountaintop never could” to describe how coming through negative experiences has made her the strong passionate, life-loving lady she is today. Dedicated to giving hope and helping others overcome life challenges, we are honoured to have Vicky as a Patron of Trauma Research UK.